What to expect from the real estate market in Spain during the next months of 2019?

The sale of homes in Spain fell almost 19% last June, according to those of the Council of Notaries. The causes of the growing current fear of investing in housing, according to some experts, lie in the lack of government and the entry into force of the current mortgage law. Therefore, it is worth asking what factors will mark the Spanish real estate market in the remainder of 2019.

The Spanish economy is expected to grow 2.3% at the end of this year, according to the forecasts already managed by the Government and to which the International Monetary Fund (IMF) itself points. Therefore, both investors and individuals can face these last months as a good time to consider buying a propertyOpens in a new window. What to expect in recent months?

A more comprehensive study of housing

Following the entry into force of the new real estate credit law, much more thorough solvency studies of the debtor by banks are a reality. This will cause those with lower incomes to encounter much more difficulties in accessing financing. The rent boom extends to peripheral neighbourhoods

On the other hand, as the Bank of Spain pointed out in its study Recent Evolution of the Housing Rental Market in Spain published at the beginning of the month, the boom in rental prices is no longer limited only to downtown neighbourhoods. On the contrary, peripheral neighbourhoods and surrounding cities also already suffer from the cost. Also the low-income areas.

Despite the two previous factors, the gross return on investment in housing remains positive: between 4% and 7.5% in all provincial capitals. Percentages that will continue to attract both foreign and domestic investors.

The number of second homeowners who opt or plan to bet on tourist rentals has been reduced by half. And it is that 65% of Spaniards who have a second home have no intention of putting it on rent in the short or medium term.

Likewise, the demand for the first home in Spain is recovering thanks to the stabilization in the creation of youth employment. But neither must blindly trust this data the ability to buy wages does not grow, which keeps the difficulties in accessing housing.

In this way, used housing remains the main engine of the Spanish real estate market. However, the new construction continues to make its way. According to the latest data from the National Statistics Institute (INE), between January and June, the sale of new construction houses grew by 7.4% while the transactions on used housing decreased by 1.6%

. The market on the coast, an attraction for foreigners

Finally, as reflected by the data collected by the Registrar's Association, the number of homes acquired by foreigners has increased by 7%

Specifically, the Spanish real estateOpens in a new window market attracts buyers from the United Kingdom, France and Germany, mainly. 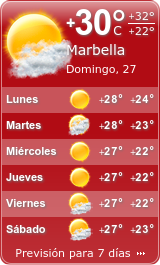